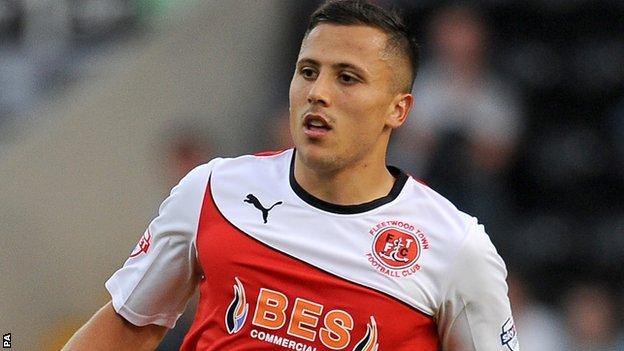 Fleetwood boosted their promotion hopes with a comfortable win over play-off hopefuls Oxford.

The visitors took the lead as Antoni Sarcevic's cross found its way to David Ball, who tapped in at the far post.

Sarcevic then doubled the lead with a fierce 20-yard drive from a free-kick.

The visitors were rarely troubled, with David Connolly's saved shot on the turn the only real noteworthy attempt for the U's.

Oxford drop out of the top seven for the first time this season while Fleetwood close in on third-placed Chesterfield, who drew 1-1 with Newport.