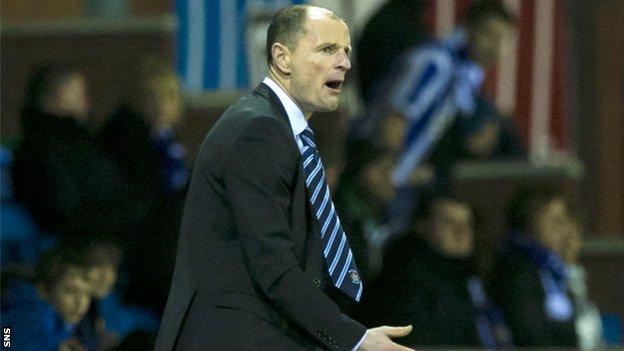 Craig Slater fired the winner after Kilmarnock came from behind to secure victory at Fir Park.

"The manner in which we did it as well, I thought second half especially we passed the ball really well," said Johnston.

"We ended up worthy winners I thought. It was a real team performance today; I think we defended better as a team."

And Johnston praised winner Slater for his dramatic late effort.

"I'm absolutely delighted for him, he's a great lad as well and you can see he's improving," said the Killie boss.

"In every game you can see he's getting better; he takes the ball and never seems to lose it and that's the sign of a good player."