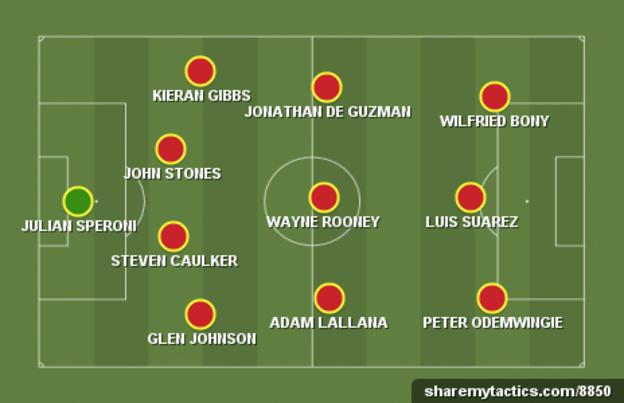 What a weekend in the Premier League title race.

Chelsea boss Jose Mourinho said his side cannot win the league after suffering a shock 1-0 defeat at Crystal Palace, but Manchester City could not take top spot as they drew 1-1 at Arsenal.

That gave Liverpool the chance to go top, and they took it by thrashing Tottenham 4-0. Elsewhere, not even a fly-by protest could distract Manchester United as they came from a goal behind to beat Aston Villa 4-1.

Everton stayed fifth after winning 3-1 at Fulham, relegation-threatened West Brom and Cardiff drew 3-3 at The Hawthorns, Stoke and Swansea gained victories against Hull and Norwich respectively and Southampton thrashed Newcastle 4-0. 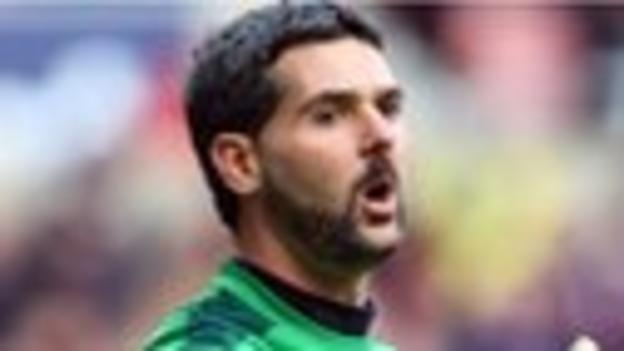 If Crystal Palace stay up this season, they need look no further than two people - goalkeeper Julian Speroni and manager Tony Pulis. Speroni is having the most fantastic season for the Eagles and Pulis has marshalled his troops so effectively in front of the Argentine keeper. Against Chelsea, Speroni's first-half save from Eden Hazard kept his side in the game and his second-half stop from the same player might prove to be the defining moment for Pulis and his boys.

Did you know? Speroni has conceded just one goal in his past three Premier League appearances, and not more than one per game in the past five. 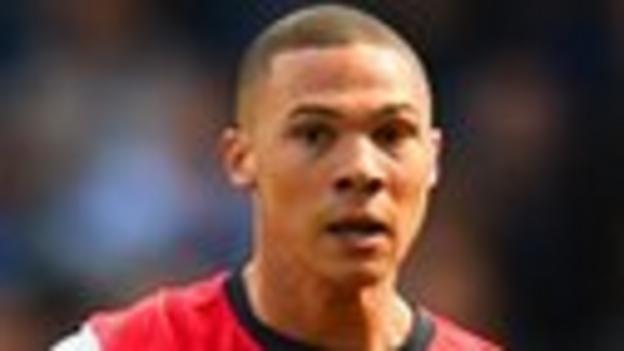 The battle that ensued down Arsenal's left side between Kieran Gibbs and Pablo Zabaleta was gladiatorial at times. The Arsenal full-back never gave an inch to the more experienced Argentine, and on more than one occasion even got the better of him. Who said English players can't compete with some of the best foreign players in the world?

Did you know? Gibbs made seven passes to team-mate Thomas Vermaelen against Man City, his favourite target in the game. 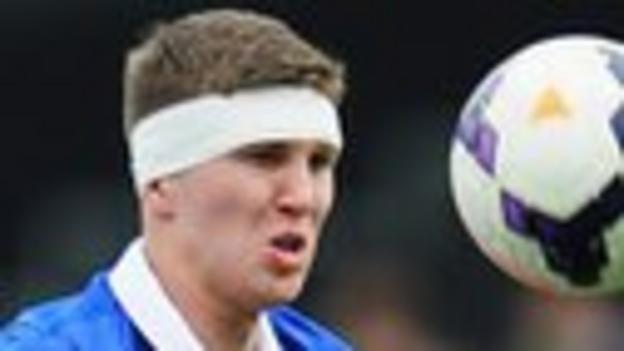 A player who made his first league start for Everton in January but has become an important member of Roberto Martinez's Merseyside outfit. A classic English defender who will be crucial for the Toffees if they intend to reach the promised land - that cherished Champions League spot - this season. Against Fulham he looked like a player who had been playing at centre-back all his life, even though he started his career as a full-back.

Did you know? Stones has completed the full 90 minutes in his past five league appearances, having done so just three times in his first 10. 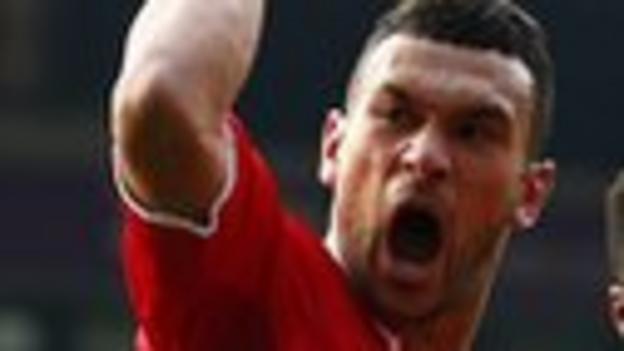 I don't normally select defenders who concede three goals away from home, but Steven Caulker's headed equaliser was so impressive I had to include the Cardiff skipper in my Team of the Week. That said, there were times when I thought Cardiff's defending was bordering on the calamitous.

Did you know? Caulker has scored five Premier League goals this season, four of which have been headers. 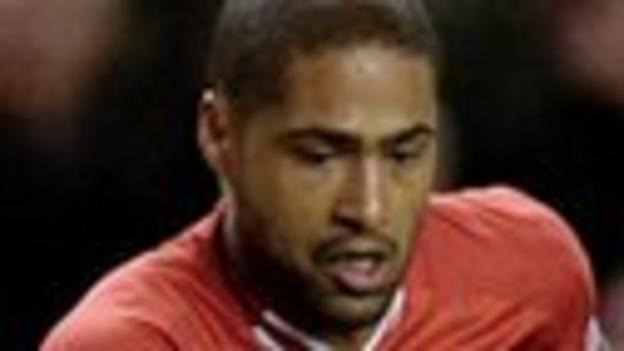 The England full-back appears to be playing better than ever, and it could not come at a better time for the Reds. The casual manner in which Liverpool dismissed Spurs must be of great concern to Tim Sherwood, and very damaging for his future job prospects at the Lane. As it stands, with Chelsea losing and City drawing, it would be a brave man who would bet against Liverpool winning the title now.

Did you know? Johnson completed 27 of the 28 passes he attempted in his own half against Tottenham. 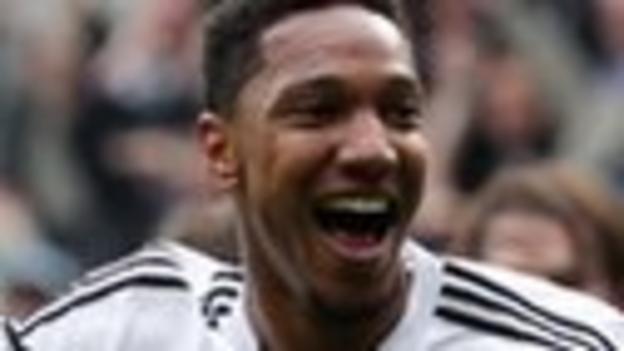 His first goal was not bad, but his second finish was just fabulous. It looks like Swansea, and Jonathan De Guzman in particular, have found a new lease of life under the management of Garry Monk. Norwich simply could not live with the Dutchman's movement and finishing ability.

Did you know? De Guzman's past six Premier League goals have all come at the Liberty Stadium. 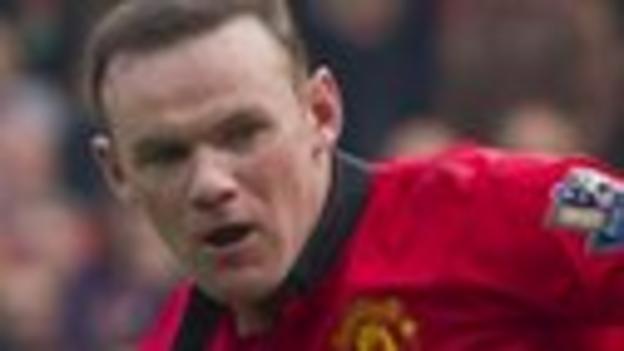 He scored the most extraordinary goal last week, this week he was just his normal brilliant self. A fabulous glancing header accompanied by an emphatic penalty. What would David Moyes have done without him? Forget planes flying over Old Trafford with messages claiming Moyes is the 'wrong one'. Without Wayne Rooney in his side, Moyes would have gone.

Did you know? Rooney has now scored 12 Premier League goals against Aston Villa - more than against any other team in the competition. 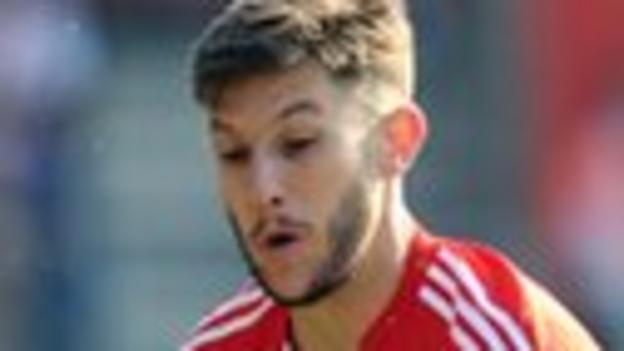 Adam Lallana's goal was a beauty, capping a wonderful performance from the England international. His assists for Rickie Lambert's goal and Jay Rodriguez's second were indicative of a player who has had the most glorious season. The Match of the Day boys got it spot on when they suggested he should not just be in the England squad for the World Cup in Brazil - he should be in the team.

Did you know? The only English midfielder to have a hand in more goals than Lallana (15 - nine goals, six assists) is Liverpool's Steven Gerrard (20). 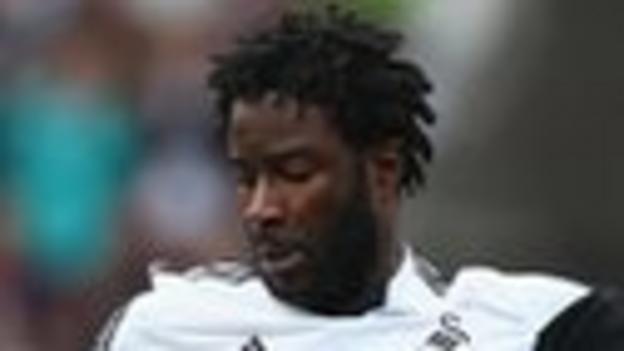 You will not see two better assists all season than the ones Wilfried Bony produced for Jonathan De Guzman and Wayne Routledge. The back-heel for De Guzman's first goal was out of the top drawer, and not even Glenn Hoddle at his best could have provided a better ball for Routledge to score. I am not sure Bony is ready to replace Didier Drogba for Ivory Coast in the World Cup, but he has had a great second half to the season for the Swans.

Did you know? Bony has scored eight goals and assisted three more in 14 Premier League appearances at the Liberty Stadium this season. 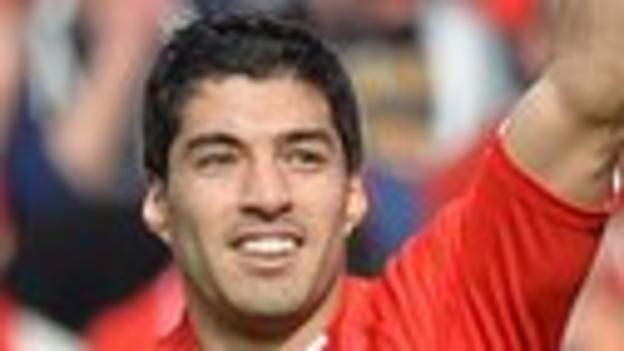 As we enter the business end of the season, it seems these days I cannot pick a Team of the Week without including Luis Suarez. After Liverpool's demolition of Tottenham, and with Manchester City and Chelsea to play at Anfield, even the most ardent Everton fan must be thinking their greatest rivals are in with a great chance of winning the Premier League title.

Did you know? Suarez has scored 29 goals this season; the most by any Liverpool player in a single Premier League campaign. 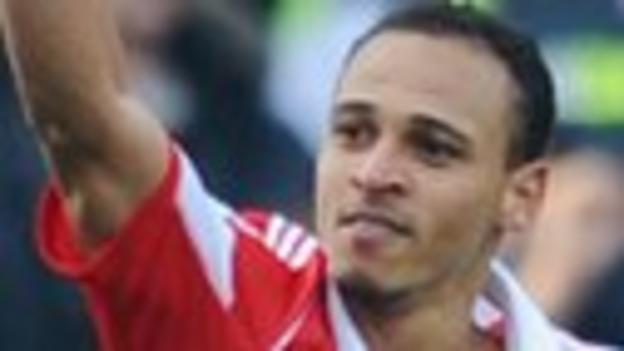 What an inspired bit of business by Mark Hughes to bring Peter Odemwingie to the Potteries. The Nigerian striker is back to his goalscoring best and is posing a real selection headache for Super Eagles coach Stephen Keshi. With the form Odemwingie is in, I cannot see how they can leave him out.

Did you know? Odemwingie has scored in three successive Premier League appearances for the first time since May 2011.