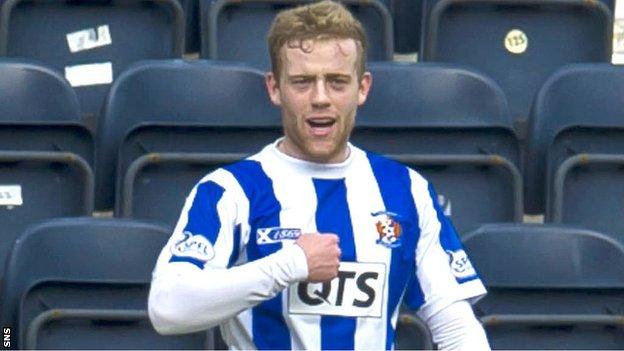 Kilmarnock's Rory McKenzie is relieved his injury suffered against Motherwell is not as bad as first feared.

The 20-year-old was carried off on a stretcher after falling awkwardly in the wake of a challenge from Stevie Hammell.

McKenzie has suffered a bruised sternum and collarbone but hopes not to be sidelined for too long.

The midfielder had earlier scored Killie's equaliser and the Ayrshire side went on to win 2-1.

That victory at Fir Park took Allan Johnston's side five points clear of the relegation play-off spot in the Scottish Premiership.