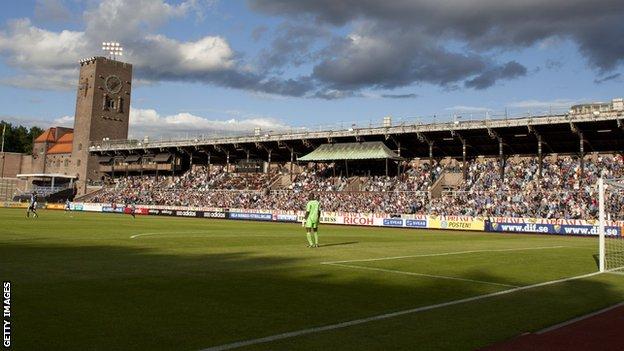 A supporter of Swedish top-flight club Djurgarden has died from head injuries sustained in an assault before his team's fixture at Helsingborgs.

The incident, on the opening weekend of the Swedish league season, happened about 30 minutes before kick-off.

When news of the man's death spread, Djurgarden fans invaded the pitch.

Referee Martin Hansson took the players back to the dressing rooms in the 42nd minute and the match, which was level at 1-1, was abandoned at half-time.

"Everything is at an acute stage. A person has died during the match and we are in the midst of a criminal investigation," police spokesperson Ewa-Gun Westford told Swedish news website Aftonbladet.

A statement on the Djurgarden website said: "Djurgarden family is mourning. We cannot describe in words what we are feeling right now.

"Our deepest sympathy and our thoughts are with the deceased's family and loved ones."