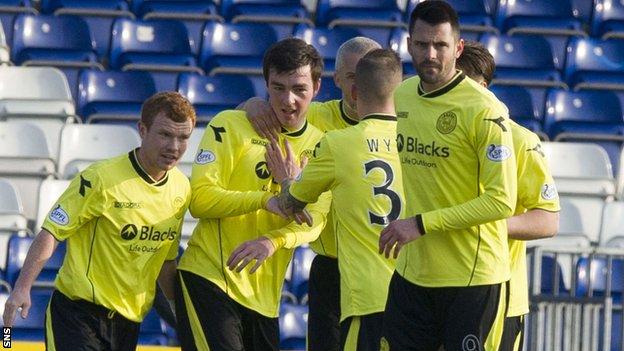 Manager Danny Lennon remains convinced St Mirren have what it takes to pull away from the Scottish Premiership's relegation play-off spot.

The Buddies fought back to draw with Inverness on Saturday but remain in the dreaded second-bottom place, two points below Partick Thistle.

And Lennon believes the post-split Scottish Premiership fixtures will be key to St Mirren's survival.

"Then we will be facing the teams round about us in the table," he said.

"I'm sure then that one or two teams will pull away from the rest and that is where our ambitions lie to try and do that."

Jason Naismith gave St Mirren the lead in the Highlands before Inverness turned the match around to move into a 2-1 lead.

However, Sean Kelly headed the visitors level to seal a point.

Motherwell are the next opponents for Lennon's men.

"My main focus now is to make sure that we are prepared for Motherwell on Saturday," he added.

"It presents another important game for us and gives us the chance to get three valuable points ahead of the split."