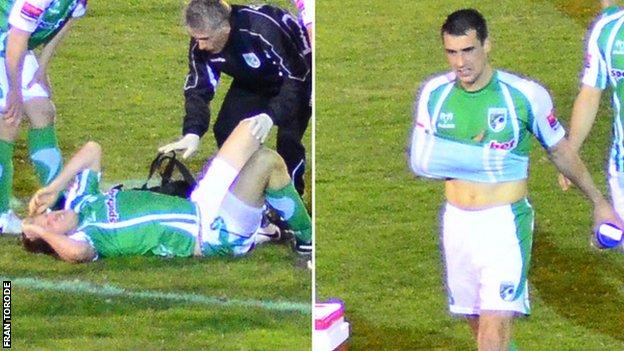 Guernsey FC suffered injuries to key players in their 2-1 loss to Walton and Hersham at Footes Lane.

Jamie Dodd dislocated his shoulder, while Dominic Heaume turned his ankle as Guernsey's feint hopes of winning the Isthmian League's Division One South title also went after the loss.

"We're very thin on the ground at the moment," Vance added.

Guernsey now face a tough run of four consecutive away games, and Vance says it is important they they do not lose focus as they continue to push for a place in the play-offs.

"It's incredibly competitive, if you look at the league we're in the play-offs, but we've got to work very hard," he said.

"There are some teams pushing and one more poor result and we'll slip out of it and it'll be out of our hands.

"At this stage of the season, whilst it's good to get good performances, we have to dig in and do the ugly side now."