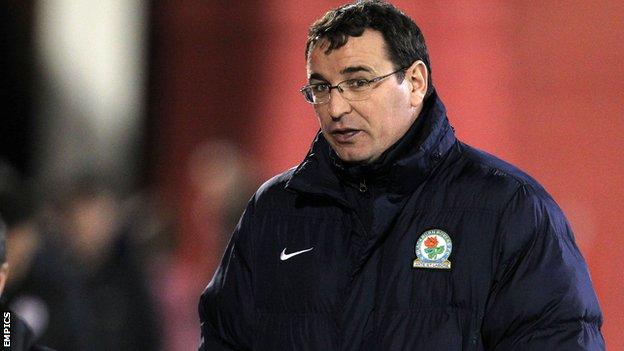 Manager Gary Bowyer says Blackburn's defending must improve if they are to make a late push for the play-offs.

"We've got to get back to the mentality of keeping clean sheets, which we've proved we can do, and piece it all together for the last seven games."

Blackburn had scored late equalisers at Watford and Millwall in their previous two Championship outings but conceded a late leveller against the Seagulls.

A brace from Jordan Rhodes and another goal from Tom Cairney gave Rovers a 3-2 lead at Ewood Park, before Dale Stephens headed in to ensure the points were shared.

The 42-year-old told told BBC Radio Lancashire: "We've been on the receiving end of what we've done in the last two games. Again, we're talking about a game we should have won."