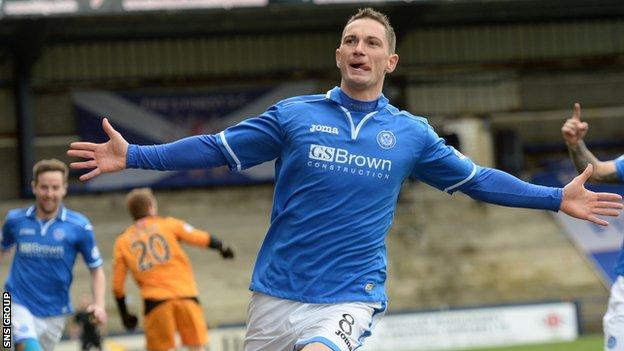 St Johnstone midfielder Gary McDonald is likely to miss the remainder of the season through injury.

The 31-year-old broke down while warming up as a substitute during last week's win away to St Mirren and is expected to undergo surgery.

"On a disappointing note, it looks like Gary McDonald may need a similar operation to Steven MacLean."

Striker MacLean missed three months of this campaign with a knee problem.

Talking to the club website, Wright added: "That will make seven serious injuries to key players throughout the season, but I also feel that it highlights the strength of the squad and the level of achievement gaining top six has been."

Former Kilmarnock and Aberdeen player McDonald has been a first-team regular this season, scoring twice in 37 appearances.

Having joined under freedom of contract from Morecambe in the summer, he signed a new deal at McDiarmid Park in January, keeping him in Perth until the end of the next campaign.