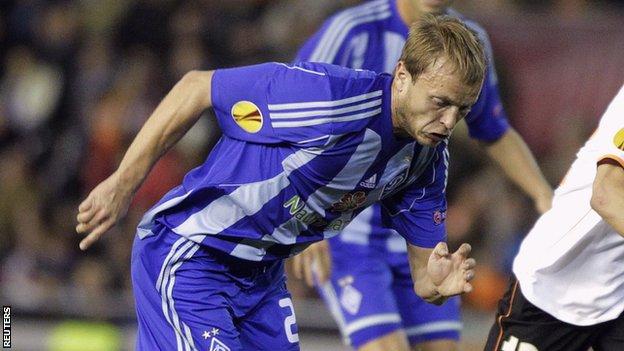 A player in the Ukrainian Premier League has been credited with saving the life of an opponent after preventing him from choking during a match on Sunday.

Dynamo Kiev captain Oleh Gusev was knocked unconscious when he collided with the Dnipro goalkeeper.

"He saved Oleh's life," said Mykhailo Radutskyi, president of the medical clinic Gusev was taken to.

Ukraine international full-back Gusev suffered mild concussion and a fractured jaw and is described as being in a "satisfactory" condition.

Play continued after the incident, which happened in the 22nd minute, and Dnipro won the game 2-0.