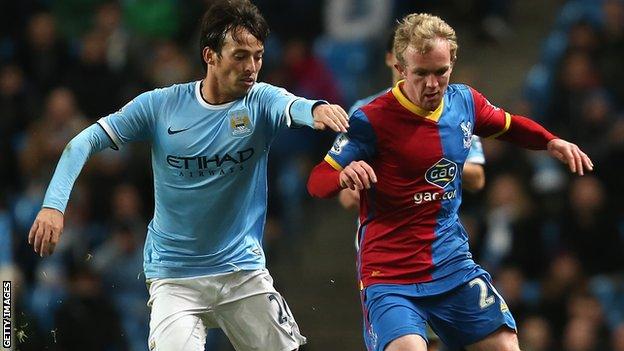 Ipswich Town have extended the loan of Crystal Palace midfielder Jonny Williams until the end of the season.

The 20-year-old Wales international's initial spell finished after Saturday's draw with Nottingham Forest, having scored once in six games for Town

"I'm delighted to be extending the loan because I've really enjoyed my time at Ipswich," he told the club website.

"It's been a great experience for me and I've loved working under the manager and assistant Terry Connor."

He added: "I'm excited to get back training with the lads and playing my part as we try and push into the play-offs."

Town boss Mick McCarthy had thought it was "unlikely" that Palace would allow Williams to remain with his side, who are two points away from a play-off place.

However, Eagles boss Tony Pulis has agreed to let him stay in Suffolk, albeit he can recall the player with 24 hours notice.