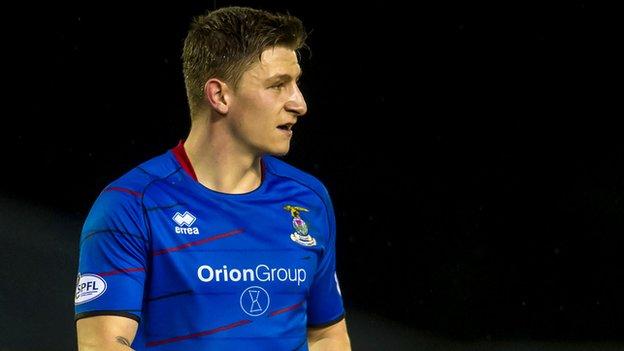 Inverness Caledonian Thistle will not appeal against the red card Josh Meekings received during Saturday's 2-2 draw with St Mirren.

Manager John Hughes disagreed with the decision by referee Willie Collum, but the club have decided against an official challenge.

It means the centre-back will be suspended for the visit of Motherwell on Tuesday night.

Meekings was sent off for bringing down Josh Magennis.

Collum ruled that Meekings had denied the player on loan from Aberdeen an obvious goalscoring opportunity.

A statement on Caley Thistle's official Twitter account read: "Just to let you all know, the club will not be filing an appeal against the red card received by Josh Meekings on Saturday."

Hughes had said after the game: "I didn't think it was a red card. Josh Magennis would not have got the second touch to the ball as Graeme Shinnie was getting that.

"I asked for an explanation from the fourth official, but he found it very difficult to give me one."