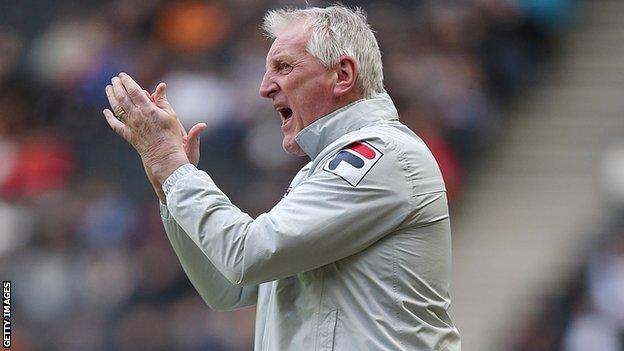 The 61-year-old was suspended on 17 February after an investigation was launched by the Football Association.

Moore, who was replaced by assistant John McMahon, has until 8 April to respond to the charge.

Under McMahon, Rovers have collected eight points from eight games and are only above the League One relegation zone on goal difference.

Moore's breach relates to Rule E8(b) of the FA's regulations.

Moore became manager of Rovers for a second time in 2012 following spells at Oldham, Southport and Rotherham.