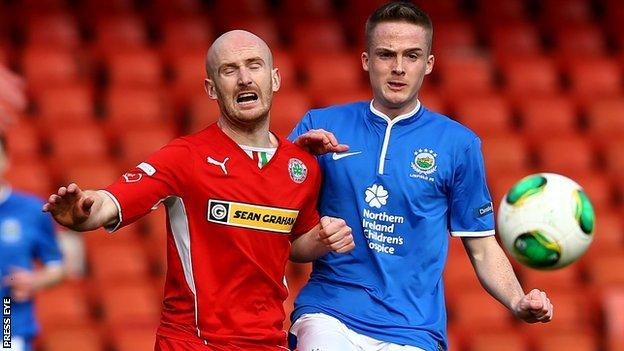 The Northern Ireland Football League has condemned trouble at Saturday's Irish Premiership game between Linfield and Cliftonville at Windsor Park.

There were reports of missiles being thrown after the game, which ended in a 3-1 win to leaders Cliftonville.

"The behaviour of these individuals is grossly unfair to the players, officials and genuine supporters of both clubs," said the NIFL.

The PSNI said the situation was dealt with by events management staff.

There have been no formal complaints to the police while the the NIFL added that the trouble was caused by a "small minority" of supporters.

It will await the match observer's report before making any further comment.

Both clubs were fined last month following sectarian chanting during the Co Antrim Shield semi-final at Windsor Park in October.

Sections from both sets of supporters were involved in the chanting.