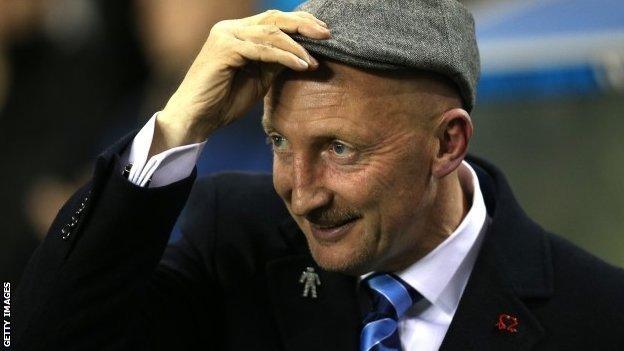 Millwall moved above Barnsley in the Championship table after a battling win away at Wigan.

Jack Collison came close to equalising for the Latics late on but his effort went just wide.

Millwall have now recorded back-to-back victories while defeat for Wigan is only their second in thirteen league matches.

Latics manager Uwe Rosler made eight changes to his starting eleven ahead of the FA Cup semi-final against Arsenal while his counterpart Ian Holloway named an unchanged team on the back of a 2-1 win at Nottingham Forest.

The visitors looked much more livelier from the outset and it was no surprise when Edwards carried the ball almost half the length of the pitch and scored with an effort that diverted off Leon Barnett and looped over the head of goalkeeper Scott Carson.

Marc-Antoine Fortune and James McArthur replaced Nicky Maynard and Josh McEachran at half time as the Latics tried to force their way back into the game.

But they knew it wasn't to be their day when Jean Beausejour cleverly found Collison 12 yards out, only for the midfielder's shot to curl inches past the post with the goalkeeper beaten.

Milllwall nearly doubled their advantage in the closing stages when Scott Malone's blockbusting drive was parried away by Carson, who then kept out the follow-up from Steve Morison on the goalline.

"When you start a game like that it is very difficult to get anything in football.

"The second half was OK, and I don't think we could have done any more except score a goal.

"We pinned them back, they only had one chance, and we did everything we could to rescue the game.

"But we gave the first half away. There were big holes in midfield."

"I'm delighted. Whether Wigan had half an eye on the FA Cup semi-final I don't know, but you can't argue with the way we played.

"We moved the ball around well in the first half and we scored a great goal.

"The second half was different - we were up against it and got a little bit nervous.

"But we hung in there and the last two games have given me a little bit of hope and pride for the future."