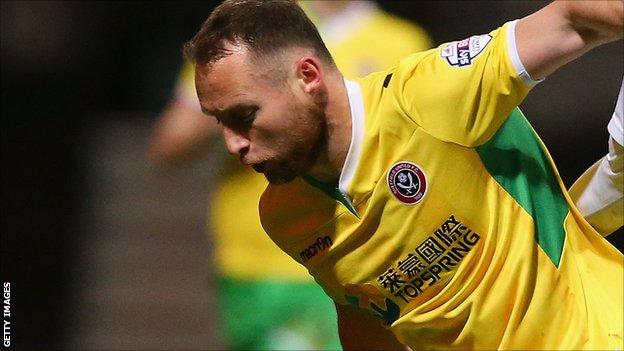 With one eye on their FA Cup semi-final against Hull on Sunday, Blades manager Nigel Clough made eight changes to the side that drew 1-1 with Leyton Orient.

And his young side won it at the death, when Davies slotted home from the spot after Millers defender Craig Morgan clattered Harry Maguire.

The result brought to an end Rotherham's 16 game unbeaten run.

It also means Steve Evans's side are now nine points off the automatic promotion places, after second-place Brentford beat Crawley.

It was in-form Rotherham who had the best efforts on goal in the first half, but James Tavernier and Tom Hitchcock were both denied by keeper George Long.

The visitors had two penalty appeals waved away just after the restart and in the end it was the Blades who found the winner.