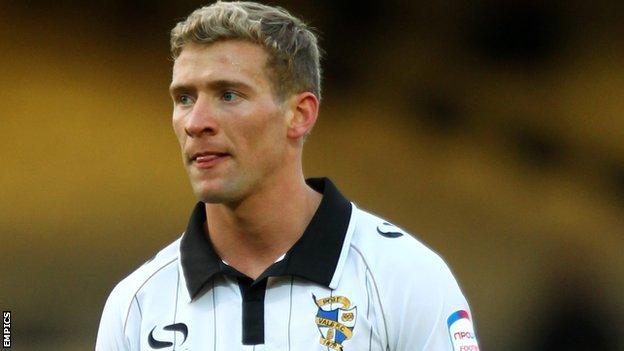 The Bulls, who were given seven days to settle an outstanding tax bill by the High Court on Monday, almost went ahead when a Frankie Artus long-range effort was tipped over by Lee Butcher.

James scored the only goal of the game on 61 minutes, firing into the bottom left corner from outside the box.

The home side piled on the pressure but Hereford stood firm to claim victory.

The Bulls had not won in 13 matches since 25 January but, after enjoying a first victory for new boss Peter Beadle, the Bulls now sit one point above the relegation zone with four matches left.

That includes what could be a defining game on the last day of the season at fellow strugglers Aldershot.

"What a great feeling it was to listen to the commentary from Welling on the radio as the players and Pete Beadle registered a crucial away win.

"It was only marred by Aldershot winning away from home as well but that now brings Southport and Chester back into the dogfight at the bottom.

"We should not underestimate the job that Pete Beadle and Steve Jenkins have done already in lifting these players, who have only been paid in part payments for the last two months, to such a performance."