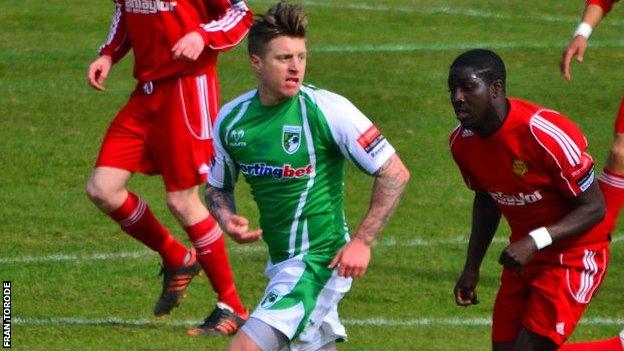 Guernsey FC's former Northern Ireland Under-21 midfielder Ryan-Zico Black has described the football played by Hythe Town in their 1-1 draw as "awful".

"We tried to get the ball down and play and then it was just a hoof back up," Black told BBC Radio Guernsey.

"It was awful football, but we dealt with it and defended really well," added the former Morecambe midfielder.

Black returned to his home island once Guernsey FC was established, but says if the Green Lions played the sort of football that Hythe play he would have quit the sport.

"If I was in a team that played that direct I'd retire, I really would," Black added. "It's a joy to play in our team, we try and get it down and play.

"We're not professionals, we're going to make mistakes, but we try and do the right things and that's important."

Guernsey remain fourth in the Ryman League Division One South, with second through to fifth place guaranteed a play-off spot.