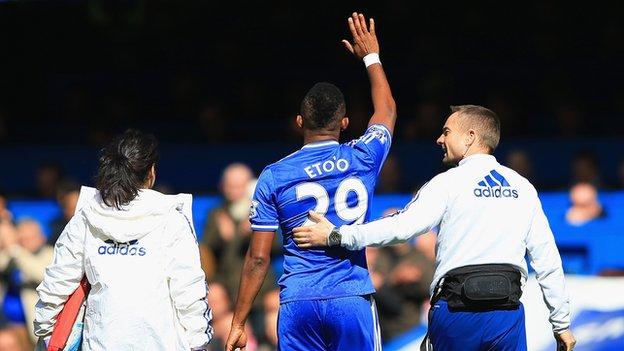 The Premier League side said the 33-year-old Cameroonian has failed to recover from a hamstring strain.

He suffered the injury shortly after scoring in his side's 6-0 win over Arsenal 10 days ago and missed Saturday's loss to Crystal Palace.

Eto'o was not included in the 19-man squad which travelled to Paris.