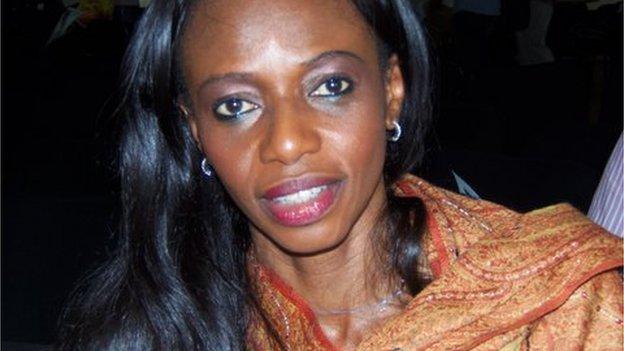 After months of disputes it appears football in Sierra Leone is set for calmer times following an agreement among the main protagonists to co-operate.

It will bring to an end a bitter row that erupted in July 2013 when Kallon and Michael were disqualified by a FIFA appointed normalisation committee from contesting SLFA elections, leaving Johansen to be appointed unopposed.

Nine out of fourteen teams boycotted the 2013 domestic league in the aftermath of the elections.

There is now peace and I'm committed to it. It's the way forward for the development of the game in the country

Then in March, Kallon claimed he was slapped by Johansen, who in turn said it was an act of self defence and claimed she had been verbally abused.

The police were initially called in to deal with the matter before the SLFA stepped in and the matter was eventually resolved by the Ministry of Public and Political Affairs.

And it was Public and Political Affairs Minister Kemoh Sesay who brokered the latest peace deal.

SLFA spokesman John Konteh told BBC Sport: "The stride made by the minister is a laudable one, the FA can now focus on the task ahead with little or no distraction.

"Johansen is happy about the peace as she has been looking forward to it since she became president.

"One cannot down play the fact that the 'aggrieved' football stakeholders are key figures in football. Having them on board completes the puzzle and can ignite a cataclysmic reaction towards growth and success."

Kallon told BBC Sport: "There is now peace and I'm committed to it. It's the way forward for the development of the game in the country.

"To show that I'm co-operating, my team Kallon FC are playing both the league and FA Cup."

Michael, who owns second and third tier league teams, said: "I want to commend the minister for his efforts. Through him, the government has succeeded in creating an environment of dialogue and encouraging an amicable atmosphere in the football family."

He added: "Everybody desires peace in football without compromising our integrity and principles.

"There is hope that the SLFA executive will see the light and determine what is right for the game as only they have that authority."