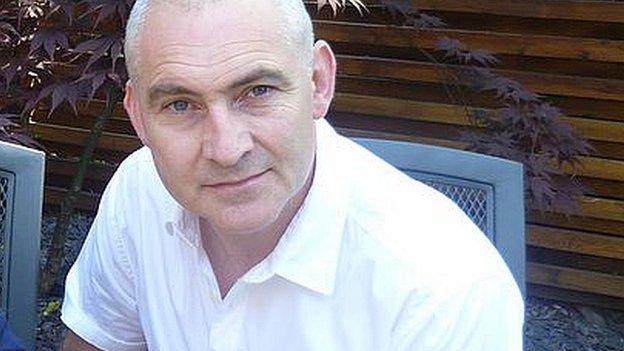 The League One club announced on Saturday that they plan to issue 2,000,000 shares to raise revenue.

Chairman Peter Johnson is seeking new investors and wants to give supporters a greater say in how the club is run.

"I arrive at the club with a clear understanding of the issues that need to be addressed and the hard work required to make the club sustainable in a difficult market," said Butler.

"But I am confident that with the backing of fans and Wirral businesses, this club will be able to thrive without having to rely on Peter's generosity," he told the club website.

Another change at the club has seen Mick Horton take on the post of football operations director and club secretary.

Butler, a journalist who has worked for a number of national newspaper titles and the BBC Sport website, has run a media business for the past 15 years and will begin his new role at Prenton Park on 7 April.

In an interview with BBC Late Kick Off North West last month, Johnson said he was close to relinquishing control of the side and to announcing new owners, but he revealed before Saturday's 0-0 home draw with Carlisle that the sale had fallen through.

"I have been very impressed with Jeremy's vision for Tranmere Rovers and believe he brings a great array of business skills, as well as energy and passion to the club," said the 74-year-old.

"We are embarking on a change of approach and I feel he is the right person to lead the club into a bright future."

Tranmere are 20th in League One and are only outside the relegation zone as they have scored more goals than fourth-bottom Carlisle.