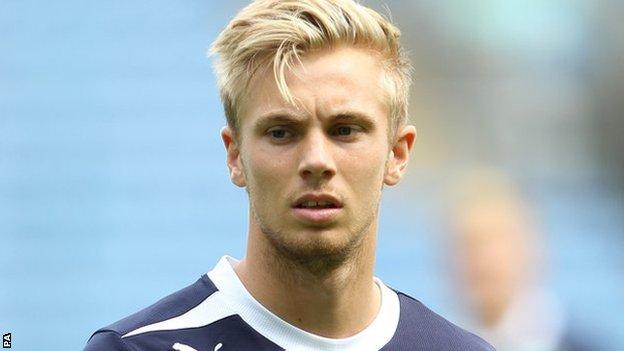 Shrewsbury Town's appeal against Joseph Mills' red card at Walsall has been rejected by the Football Association.

received a straight dismissal for his challenge on Walsall's James Chambers on Saturday, earning a three-game ban.

But an FA panel opted to uphold the referee's decision.

"I don't think it was a sending off. It's another example of a wrong decision which we are being punished for," said Town boss Mike Jackson.

"I thought we had a very good case to challenge the decision especially after consulting the people that we did," he told BBC Radio Shropshire.

And, as they bid to get back on course in their survival bid following the Town boss has challenged his players to step up to the plate.

"These lads have got to realise now what's at stake," he added.

"They've got a month of their lives to shape, some of them, the rest of their career.

"It's an opportunity for everybody so we've got to make sure we commit, that nothing's left, that there are no regrets.

"You're not remembered for your car or your clothes or your haircut.

"You're remembered for what you've done for the club."