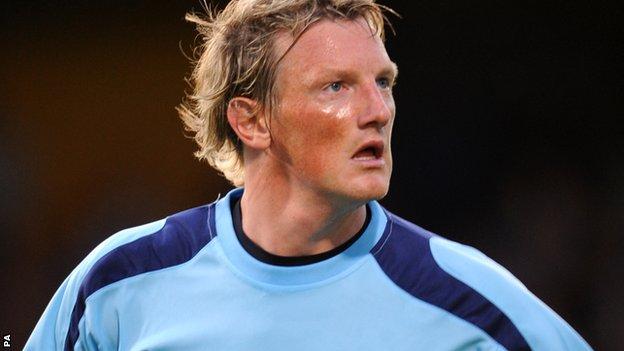 Former Oxford United defender Wayne Hatswell has backed his former side to make the League Two play-offs despite their recent poor form.

The U's have won two of their last 10 games, losing six, but still remain in the play-offs.

And Hatswell, who is now first-team coach at Newport County, believes they can hold on to seventh place.

"I'm sure they will stay in the play-offs and then who knows," Hatswell told BBC Radio Oxford.

"They have a good enough squad to stay in there and I think they are better than Plymouth and York."

Hatswell, who played 52 times for the U's, also believes the arrival of Gary Waddock is a good appointment for the club.

Waddock was named Oxford boss on 22 March but has lost both of his first two games in charge.

"It is a great appointment, he knows this level," said Hatswell.

"He has good pedigree and was at Wycombe and he going to a big club at Oxford."