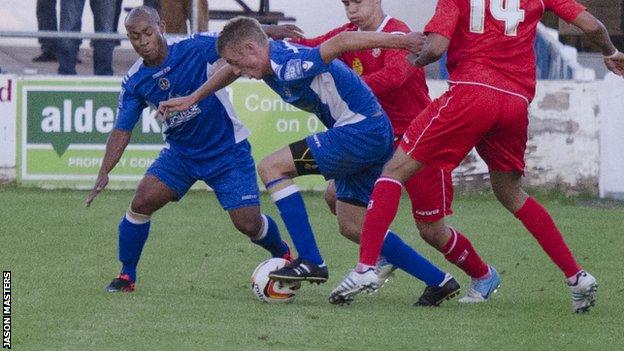 Truro City boss Steve Tully says his side played the best football in his time in charge in Tuesday's 2-1 loss to Hungerford Town.

Shane White gave City a seventh-minute lead, but keeper Grant Fisher scored an own goal before Stefan Brown got a 74th-minute winner.

"I think overall it's the best we've played since myself and Wayne [Carlisle] took over," he added.

"There were two mistakes for the goals, the second one could have been offside, and those decisions are going against us at the moment."

Tully's side are currently 17th in the Southern Football League Premier Division, 12 points above the relegation zone.