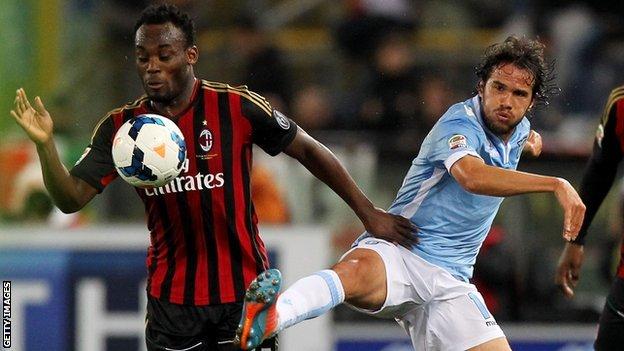 Ghana and AC Milan midfielder Michael Essien has suffered a thigh injury and has been ruled out of action for about a fortnight.

His Italian Serie A club said the problem is Essien's right leg and he "will undergo further tests in around 10 days' time".

It means he will miss Monday's trip to Genoa and will probably the home match against Catania next weekend.

The 31-year-old joined Milan in January after more than eight years at Chelsea.

Essien is expected to be part of Ghana's World Cup squad for this year's tournament in Brazil.

The Black Stars have been drawn against Germany, Portugal and USA in Group G.