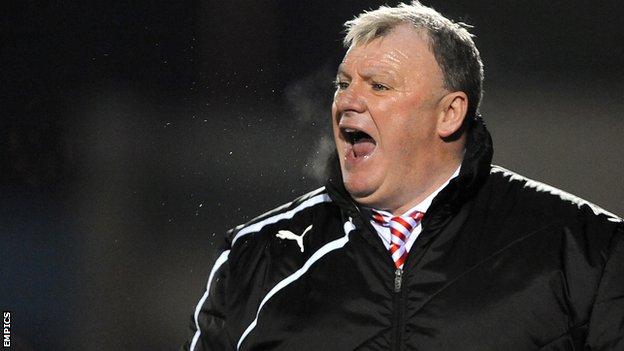 Rotherham United's hopes of automatic promotion suffered another blow as they drew with mid-table Bradford City.

Michael O'Connor hit a post, Haris Vuckic chipped off target and Kari Arnason headed over from eight yards as the Millers were frustrated in their search for a winner in the second half.

Rotherham's failure to win means Wolves will be promoted to the Championship if they win at Crewe on Saturday.

Steve Evans's side, who have just four matches remaining, are eight points behind second-placed Brentford, having played a game more than the Bees.

It could have been worse for Rotherham, who needed goalkeeper Adam Collin to deny Adam Reach's toe-poked effort after the Bradford winger beat two defenders in a mazy run.

"I keep saying it, we're Rotherham United. We don't get them [penalty decisions], we get them against us. We'll see what the referee's excuses are.

"I looked for a response from Tuesday [a defeat at Sheffield United] and they gave us a response, because if we play like that in the play-offs, it may not win matches for us but we'll take what comes and we were terrific.

"We played better football tonight and we made better chances."