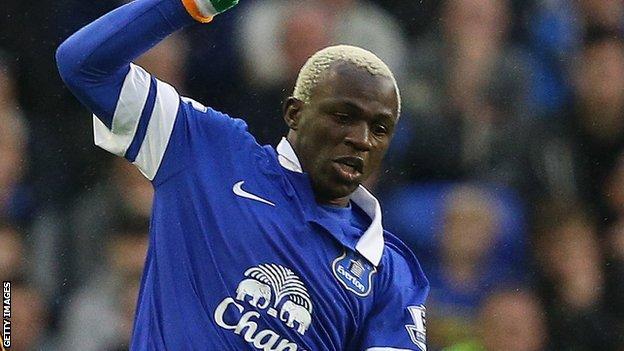 Ivory Coast striker Arouna Kone is unlikely to play again this season for Everton following surgery and is doubtful for the World Cup in Brazil.

Kone has been sidelined since October and required an operation to fix a cartilage problem in his knee.

Toffees boss Roberto Martinez said: "I don't think we will see him [play again] this season.

"It has been a major surgery and it is more realistic to see him come back in pre-season."

That assessment would appear to end Kone's hopes of heading to this summer's tournament with Ivory Coast, who have been drawn in Group C alongside Colombia, Greece and Japan.