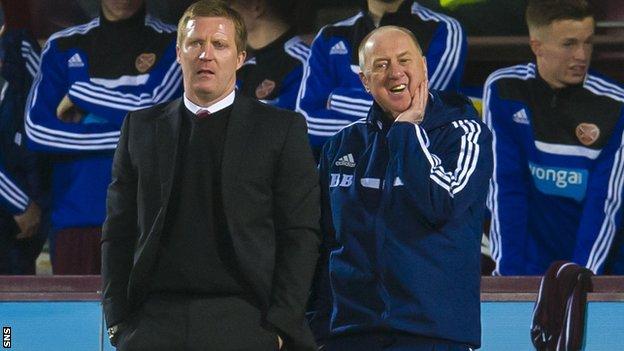 Hearts assistant manager Billy Brown is again working at the club without pay.

Brown has been employed on a month-by-month basis since February, with Hearts currently in administration and battling to avoid liquidation.

However, he was informed earlier this week the only way he could continue was if he was prepared to work for free.

The 63-year-old became assistant to Gary Locke last summer and was awarded a short-term deal in September after originally working voluntarily.

Hearts, who started the season with a 15-point deduction due to their insolvency problems, will be relegated from the Scottish Premiership if they drop points against Partick Thistle on Saturday.