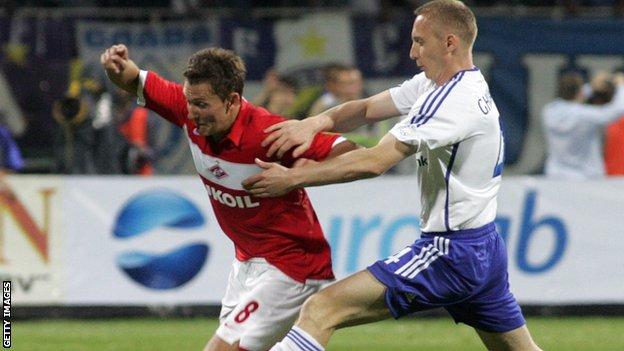 Ukrainian side Dynamo Kiev have backed out of a friendly against Russian team Spartak Moscow because of the political dispute between their two nations.

Russia took over the Ukrainian region of Crimea last month, souring relations between the countries.

"We have decided to go back on our agreement because of the current political situation between Ukraine and Russia," said a Dynamo statement.

"We do not think it is the right thing to do to travel to Moscow."

The two clubs are historically arch rivals after they dominated the Soviet Top League before it was disbanded following the break-up of the Soviet Union in 1991.

But the pair, the Soviet Union's most successful clubs, have not played in a competitive fixture since a Champions League tie in 2008.

The Otkritie Arena will host matches during the 2018 World Cup in Russia.