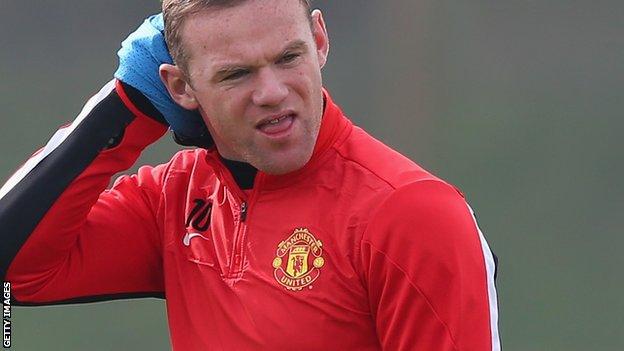 Wayne Rooney is a doubt for Manchester United's Champions League quarter-final second-leg trip to Bayern Munich on Wednesday because of a toe injury.

The 28-year-old England striker, who suffered the injury in Tuesday's 1-1 first-leg draw, will miss Saturday's Premier League game at Newcastle.

Manager David Moyes said: "He's got a badly bruised toe. It could be a problem for the Munich match.

"We'll get him treatment all over the weekend and see if we can speed it up."

Rooney's absence would be a big blow to United's hopes of progressing.

Along with Robin van Persie, who has a knee injury, he is the club's joint-top scorer this season with 17 goals, two of which were in the Champions League.

It is not the first time Rooney has been injured after the first leg of a Champions League quarter-final tie with Bayern.

Previous United manager Sir Alex Ferguson ruled the forward out of the second leg in 2010 after he suffered an ankle injury in the opening game in Munich.

Rooney recovered to start the second leg at Old Trafford, but could not prevent United going out on away goals.