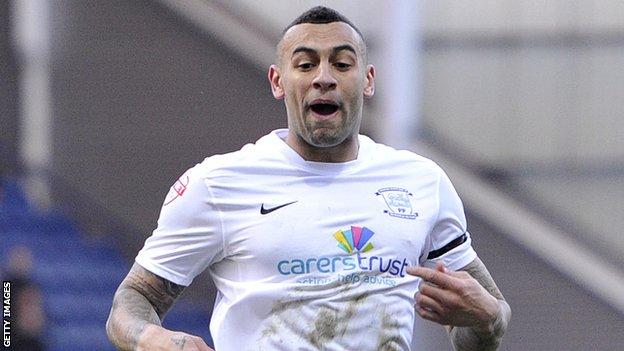 Craig Davies hit a second-half hat-trick as Preston romped to victory over Carlisle, who fell back into the League One relegation zone.

Stuart Beavon headed Preston in front and Alan Browne tapped in for 2-0, with Gary Madine replying for Carlisle with a header before half-time.

Lee Holmes restored the two-goal lead before Davies scrambled in the fourth and tapped in to make it 5-1.

Davies then completed his hat-trick with a thumping finish.

The result means Preston have consolidated a play-off place, but they are eight points behind second-placed Brentford. Carlisle slip into the relegation zone on goal difference.