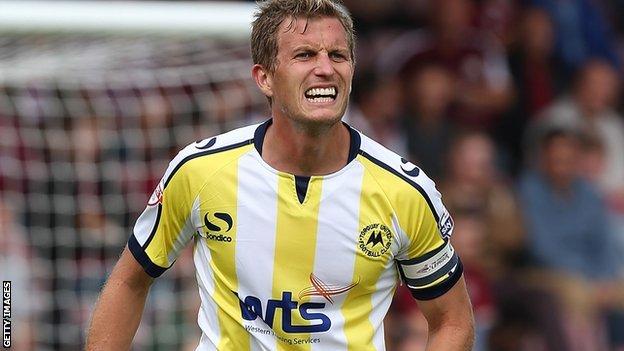 After a nervy, goalless first half, loanee Shaquile Coulthirst opened the scoring with a brave diving header from Courtney Cameron's outswinging cross.

Captain Lee Mansell doubled Torquay's lead with his second goal of the season thanks to a fortunate deflection.

Danny Woodards pulled one back from close range as Rovers rallied late on but Torquay held on for a deserved win.

The result saw the Gulls end their run of four straight defeats but they are still seven points from safety.

Coulthirst's opener was the club's first goal in 420 minutes of football and their first away from home since the middle of February.

Bristol Rovers are now just one point above the relegation zone, with just one win from their last eight games.

"To say I'm disappointed is an understatement to be honest with you. In the first 20 minutes we started brightly, had one or two opportunities, but after that it was a bit of a dull affair.

"Second half we never got going and found ourselves 2-0 down quite quickly. We only had a go in the last 10 minutes which is not acceptable for the circumstances we're in.

"We conceded a goal from a set piece, which has been happening to often.

"We tried changing things around a little bit with substitutions but they scored the second, knocked the stuffing out a little more and we just didn't get going."