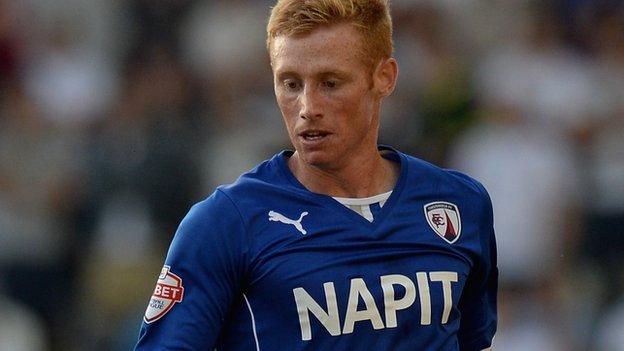 The home side took the lead as Jack Barmby released Luke James who fired in with a curled left-footed effort.

The Spireites equalised through Liam Cooper's tap-in and then took the lead after half-time with Eoin Doyle's exquisite lob beating Andy Rafferty.

The visitors nearly grabbed a third through Armand Gnanduillet as Pools offered little resistance late on.

The result deepens Hartlepool's relegation worries as they sit just three points clear of the drop zone, while Chesterfield are only two points behind leaders Scunthorpe.

"Everyone's very excited because we've won a game and results have gone our way, but this league's like that.

"All of a sudden now the point last week becomes not such a bad point.

"Sometimes you need some people to give you a pat on the back and say 'let's keep it going'.

"My job is to keep everybody calm now and get ready for next Saturday."