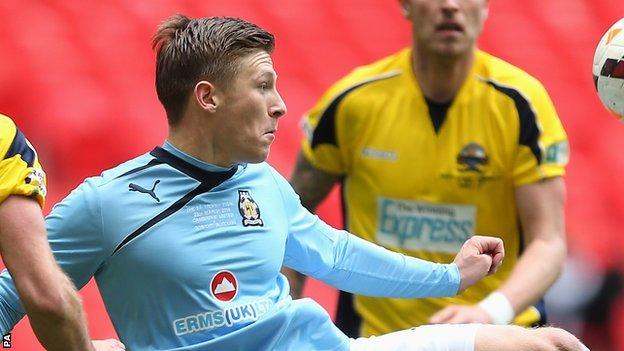 Josh Gillies headed the U's into the lead after just 54 seconds before David Poole levelled from six yards.

Pugh found the back of the net twice in two minutes before Ashley Chambers added a fourth with a left-foot shot.

The home side extended their lead twice more through Pugh, before Adam Thurston got a consolation and Matthew Barnes-Homer grabbed his first U's goal.

The match was littered with defensive mistakes as boss Richard Money made seven changes to the home side's starting line-up.

Pugh, who had just two goals to his name prior to the start of the match, terrorised Hyde's defence, first bursting onto a brilliant through ball from Liam Hughes and lashing the ball in with his left foot.

His second was even better as he rode the challenges of two players before rounding keeper Chris Kettings and nestling the ball into the bottom left-hand corner.

It took the 25-year-old just 90 seconds in the second half to complete his hat-trick as Hyde's static defence watched on as he chipped the ball over Kettings.

A couple of moments later he grabbed his fourth goal after good work from Gillies, who turned a couple of defenders before sending the ball across the face of the goal, and Pugh pounced to prod the ball into the back of the net.