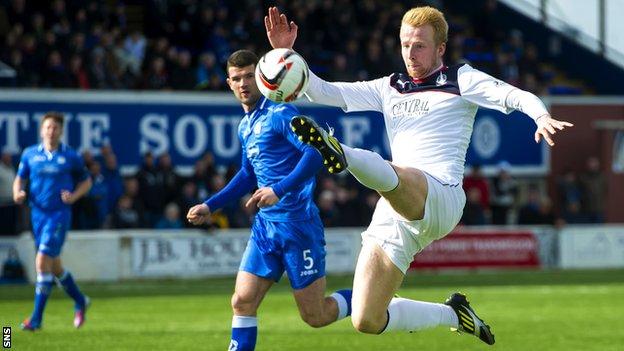 Falkirk beat Queen of the South to go to within two points of second-place Hamilton Academical in the Scottish Championship.

After a scoreless first half, Blair Alston struck to give the Bairns the lead and Mark Beck quickly fired their second.

A shot by Gavin Reilly reduced Queens' deficit midway through the second half.

Jonathan Flynn was sent off for the visitors following a foul on Iain Russell but Gary Holt's side held on.