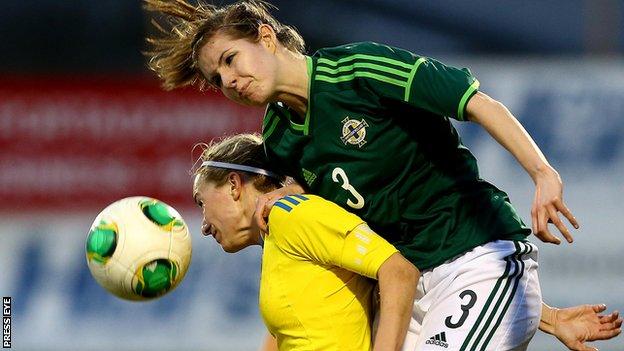 Northern Ireland fell to a 4-0 defeat against Sweden in Saturday's Women's World Cup qualifier in Portadown.

The Swedes, with a 100% record after three games, were 2-0 up inside 18 minutes through a Kosoware Asllani penalty and a goal by Lotta Schelin.

Two late goals by Emma Lundh and Lina Nilsson secured victory for Sweden who have scored 12 goals and conceded none and remain second in Group Four.

Northern Ireland have one point from their four matches.

Alfie Wylie's girls have yet to score in the qualifying campaign.

Northern Ireland opened their campaign with a 2-0 away defeat to Scotland and a 0-0 draw against Bosnia was then followed by a disappointing 3-0 home reverse against Poland.