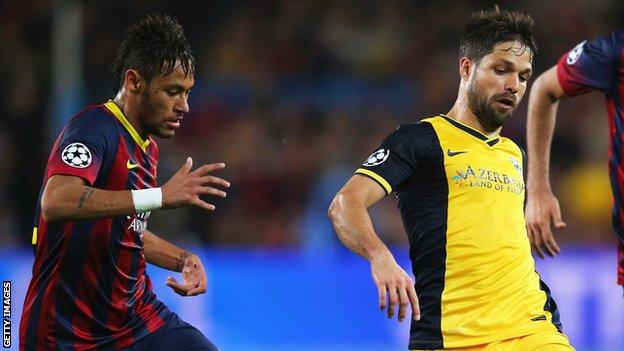 The World Cup is only 66 days away, with the opening match between host nation Brazil and Croatia taking place in Sao Paulo on 12 June.

Andy Brassell: "Luiz Felipe Scolari made the most of Champions League week to check up on some of his World Cup probables and possibles. The Brazil coach was at Camp Nou on Tuesday for Barcelona's match with Atletico Madrid, before jetting north to France to catch Chelsea's trip to Paris St-Germain on Wednesday.

"Former Chelsea boss Scolari wasn't taunted by the one that got away for too long. Diego Costa, having chosen to represent Spain in the summer instead of his native Brazil, only lasted 29 minutes before succumbing to a hamstring injury. Costa's team-mate Filipe Luis again produced a tidy display at left-back, having been in the squad for last summer's Confederations Cup victory.

"Even though Diego - the scorer of a late equaliser for the Selecao in the first senior international at the new Wembley, back in 2007 - produced the moment of the night with a splendid opening goal, one suspects Scolari had his eyes elsewhere. Neymar scored the equaliser with an excellent finish from Andres Iniesta's pass. Frequently criticised in a controversial first season at Camp Nou, Scolari will have been delighted at his main man's telling contribution.

"In Paris, Scolari must have enjoyed Willian's tireless efforts for the Blues. He later heard Thiago Silva diffuse a potential flashpoint, though, after his captain conceded a penalty for a foul on Oscar. 'He slipped or played for it, I don't know', commented the PSG man after the game, before adding of his close friend that 'he must be congratulated for the great match he played'."

Andy Brassell: "Portugal, with a number of fitness worries in their squad (including Manchester United winger Nani) got a bit of good news as Fabio Coentrao played the whole 90 minutes in Real Madrid's emphatic 3-0 win over Borussia Dortmund in the Champions League. Often the target of criticism since his 2011 arrival in the Spanish capital - and having come within a whisker of being shipped out to Manchester United on transfer deadline day last summer - the 26-year-old left-back was excellent in El Real's decisive win over last year's finalists Dortmund at the Bernabeu. 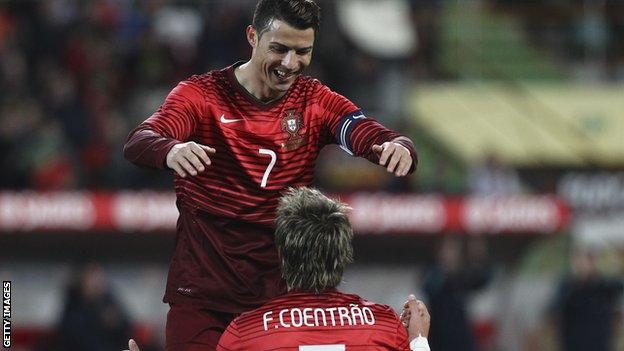 "The former Benfica man provoked the match's first yellow card, when Dortmund's Marco Reus illegally halted one of his trademark overlaps. This was indicative of the threat that Coentrao frequently posed to the Bundesliga side. Coentrao had almost created a goal for Cristiano Ronaldo with a fine cross just before, with Ronaldo denied by a Mats Hummels block.

"Good friends with Ronaldo off the pitch, Coentrao dovetails well with Portugal's captain on it. When Coentrao is happy, Ronaldo is happy too. Given this fact, the former's place has never come under any real threat, especially taking into account coach Paulo Bento's famously loyal nature. He has only started six times in La Liga this season, however, and his display heightened hopes of Coentrao arriving in Brazil in prime form once more."

Brazil may not be "totally ready" for the start of the World Cup because of building delays, admits Fifa secretary general Jerome Valcke.

Two stadiums - in Porto Alegre and Sao Paulo - are still not finished, with the tournament due to start on 12 June.

Valcke insisted there is "no way" that fixtures will be postponed. "If you want me to summarise, we are not ready," said the Frenchman. "We have two stadiums where there is still work to do." 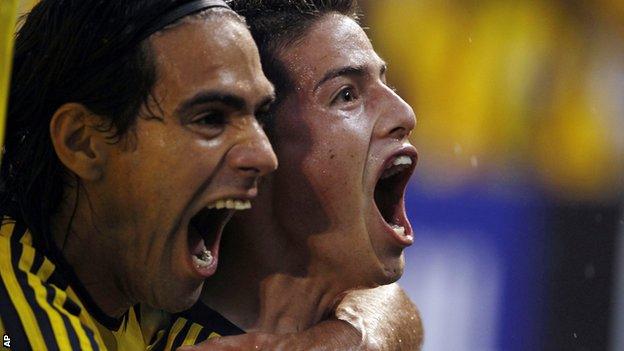 With an ageing defence prone to leaking plenty of goals, Colombia are not among many people's favourites to win the World Cup. But they do have plenty of attacking talent to worry the world's best defences - especially if star striker Radamel Falcao recovers from a serious knee injury in time.

The 28-year-old Monaco talisman, who ruptured cruciate ligaments in January, says he is recovering faster than expected.

Monaco's Colombian midfielder James Rodriguez has been involved in 20 goals (nine goals, 11 assists) in Ligue 1 this season. Only PSG's Zlatan Ibrahimovic has a hand in more (36).

"I'm a little ahead of what was expected, but we know very well that it's day to day. I have the desire and motivation to return," he said.

While Falcao watches from the sidelines, it is another Colombian who is grabbing the headlines at Monaco.

James Rodriguez scored twice in the 3-1 win against Nantes and set up the other, leading to some television pundits claiming the 22-year-old attacking midfielder had the second best left foot in world football behind Argentina star Lionel Messi.

Swedish referee Jonas Eriksson - berated by Manchester City boss Manuel Pellegrini following their Champions League defeat by Barcelona - believes the standard of officiating at this year's World Cup will be the best ever.

Referees will be helped at this summer's tournament by the introduction of goal-line technology and vanishing spray, which will mark out the 10 yards where a defensive wall must stand at a free-kick.

"I think these new 'toys' that we have at our disposal are important but our preparation in the lead up to World Cup has been done thoroughly by Fifa," Eriksson told BBC World Service at a refereeing seminar held by the world governing body in Zurich.

"I am positive and believe this will be the best World Cup for referees." 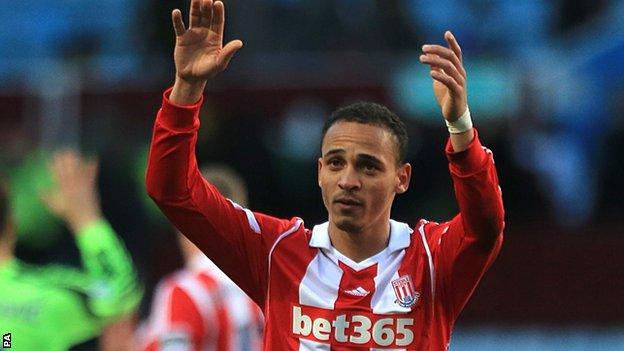 The pair fell out after Odemwingie was omitted from Keshi's 2013 Africa Cup of Nations squad. After clear-the-air talks between the pair, 32-year-old Odemwingie has declared himself available for selection and Keshi has not ruled out the possibility of picking him.

Odemwingie last played for Nigeria in a goalless draw against Rwanda in February 2012.

Major international tournaments for the Netherlands have often been marred by rows between their manager and his captain.

Thirteen Dutch players were on show for Louis van Gaal in the Vitesse v Ajax match.

But, after feuds between Dick Advocaat and Ruud Gullit at the 1994 World Cup, then Guus Hiddink and Edgar Davids at Euro 96, there is a healthy relationship between current boss Louis van Gaal and skipper Robin van Persie.

The pair spent the afternoon together as they watched Sunday's Eredivisie match between Vitesse and champions-elect Ajax, with several Dutch players hoping to be on the plane to Brazil on show. 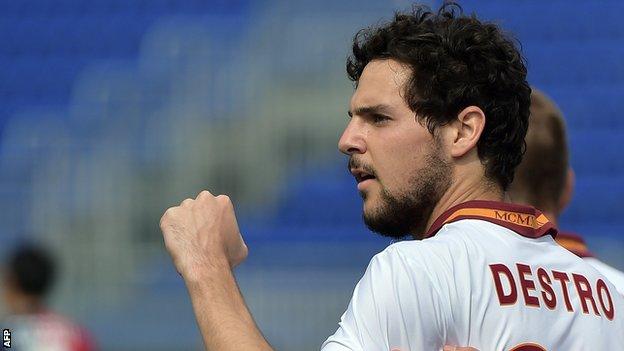 Some Italy supporters have been calling for veteran Roma skipper Francesco Totti, 36, to be handed a World Cup recall.

But it was another Giallorossi player, Mattia Destro, who staked his own Azzurri claims at the weekend.

Destro, 23, scored a hat-trick in Roma's 3-1 win at Cagliari, strengthening his claims to be named in Cesare Prandelli's final squad.

Destro has won four caps, including a substitute appearance against Spain in February.