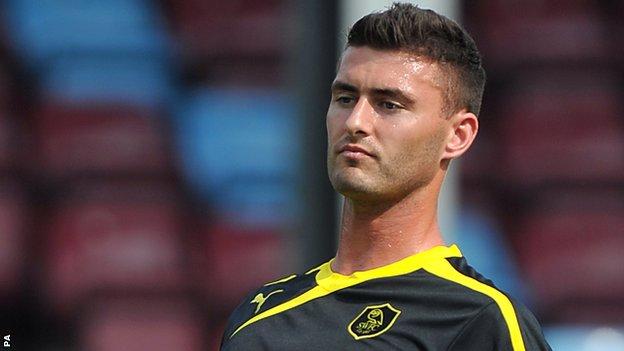 Madine, 23, scored his first goal since arriving on loan from Sheffield Wednesday to seal three vital League One points for the Cumbrians.

Kavanagh told BBC Radio Cumbria: "He had a problem with his groin.

"We kept it under wraps and tried to nurse him through it but he stood up today and got the goal."

The Birtley-born striker was allowed to rejoin Carlisle - for whom he made 91 league appearances between 2007 and 2011 - following his release from prison in February after an 18-month term for separate assault incidents in Sheffield.

United were quick to express an interest and Kavanagh, a player and coach during Madine's previous spell, believes he can be a positive influence on the player.

"I tell him what he needs to hear at times but I also give him a kick up the backside when he needs it.

"I think he is mature enough to understand the difference, his performances are certainly doing that, he is one of a few players who want to come and play for Carlisle."