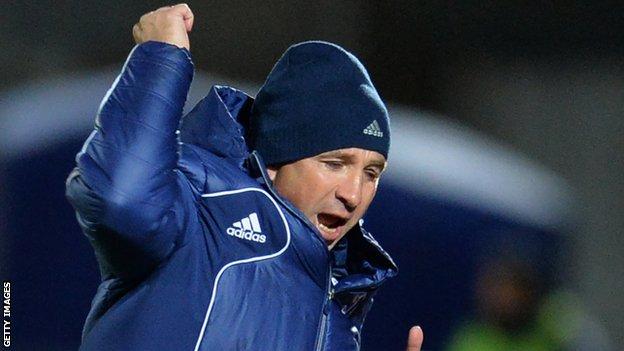 Dynamo Moscow have parted company with ex-Romania and Chelsea defender Dan Petrescu as their manager.

The move comes after a 4-0 defeat in the Russian top-flight by bottom club Anzhi Makhachkala.

Petrescu, 46, took over at Dynamo in August 2012 and was a target of Crystal Palace before they appointed Tony Pulis as their manager in November.

"The team's lacklustre performance this season was the reason of the decision. We'll discuss the financial aspects of Petrescu's resignation in the near future."

In February, Petrescu told BBC World Service of his desire to manage Chelsea, where he won the FA Cup, League Cup and Uefa Super Cup as a player in the 1990s.