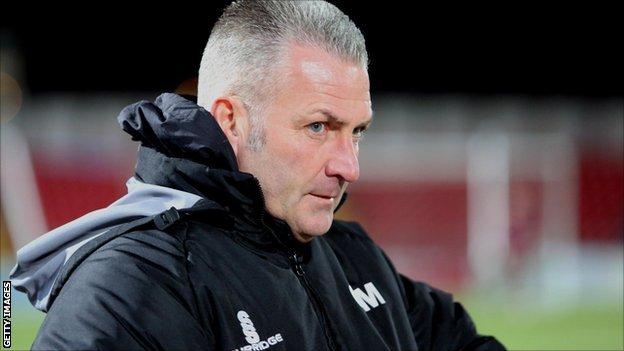 Gateshead manager Gary Mills has praised his side's patience during their at the International Stadium on Saturday.

Four of the five goals were scored in the final 20 minutes to extend their unbeaten run to seven matches.

Mills told BBC Newcastle: "It's not easy to express yourself, we're in a position where there is added pressure.

Although there is a near full programme of fixtures in midweek, with 16 of the 24 teams in action, Gateshead finished last weekend in fourth place.

Such heights have increased the anticipation of a realistic promotion push throughout the club.

"Everybody's feeling it, everybody sitting in the stands will be feeling it, saying 'can we stay in there? Can we do it?'" Mills added.

"It's all added to the way the games are played now."

The Tynesiders' next game is away to relegation-threatened Hereford United, who have not won a game since January and are only one point above the drop zone.