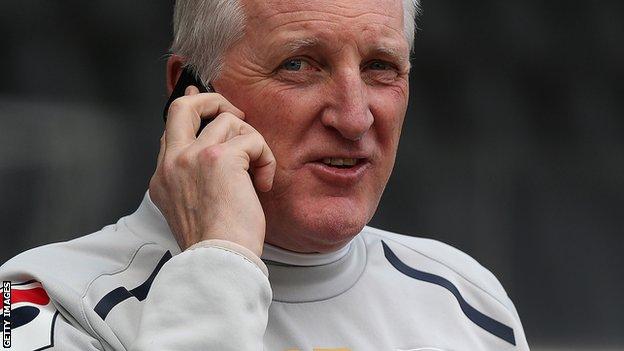 In a statement, the club said Moore was in breach of his contract.

The 61-year-old was suspended by the League One club and replaced by assistant John McMahon on 17 February after the FA began an investigation.

On Tuesday, it was confirmed by the FA that he had admitted a misconduct charge regarding multiple breaches of rules relating to betting on games.

"Tranmere Rovers will not tolerate any action that damages the integrity of this football club. Any staff members found to be guilty of misconduct will face severe action," Mick Horton, football operations director and club secretary, told the club website.

Moore became manager of Tranmere for a second time in March 2012 following spells at Oldham, Southport and Rotherham.

His breach relates to Rule E8(b) of the FA's regulations.

Moore has requested a personal hearing.

He leaves with Rovers 19th in the table but only outside the relegation zone on goal difference.