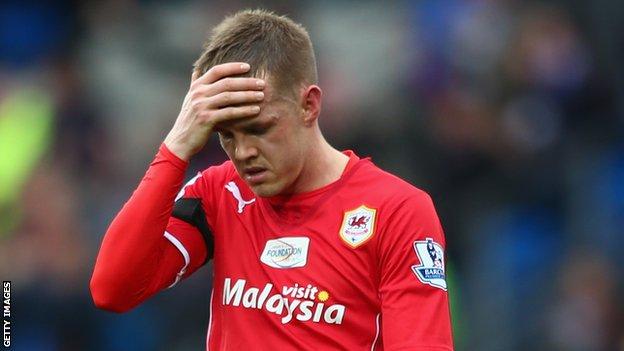 Cardiff City winger Craig Noone will miss the rest of the season with an abdominal injury.

The former Brighton wide-man, who has played 22 times for City and scored three goals this season, is to travel to the US to see a specialist.

"We've just got to find out how severe it is," said Solskjaer.

Cardiff are six points from safety in the Premier League in 19th place.

They have five games remaining to try to maintain their top-flight status.

"It's a big blow because Craig's been a player who's made things happen for us," said Solskjaer.

"It's very unfortunate because he's been terrific.

"But that's football sometimes you can't pick everyone you want. Every team has injuries."