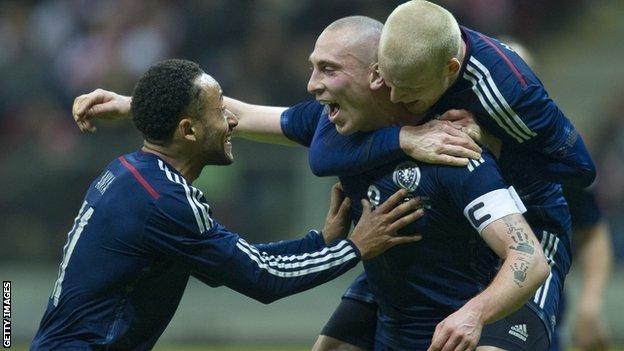 Scotland are the biggest climbers in the latest Fifa rankings, rising 15 places to 22nd.

Gordon Strachan's side are unbeaten in their last five matches and have defeated Croatia and Norway.

The Scots missed out on a place at the World Cup finals but last month beat Euro 2016 qualifying opponents Poland in Warsaw.

Spain remain number one, with England up to 11th, Wales up two to 47th and Northern Ireland climbing to 84th.

Scotland captain Scott Brown scored the only goal against the Poles in Warsaw's National Stadium, where the two sides will meet again in October in a European qualifier.

Germany remain second, Portugal are up to third and Argentina fall three places to joint-sixth with World Cup hosts Brazil.