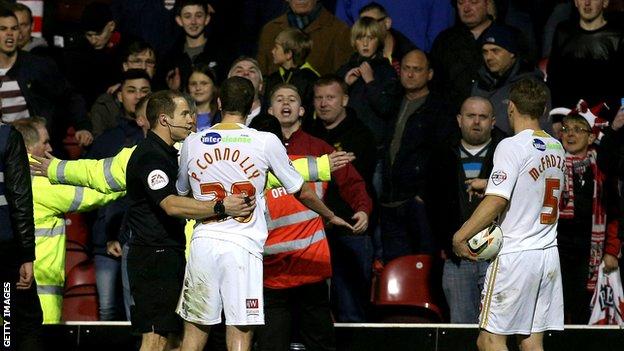 Crawley defender Paul Connolly has been charged by the Football Association after an altercation with a fan during Tuesday's 1-0 defeat at Brentford.

Connolly, 30, appeared to raise his arm towards a Bees supporter after the ball was thrown at him from the stands.

The FA has submitted that the standard three-match ban for violent conduct "would be clearly insufficient given the nature of the offence".

Connolly has informed the FA he will appeal the charge.

The incident at Griffin Park was not seen by the match officials but was caught on video.

Former Derby, Leeds and Millwall man Connolly joined the Reds in February and has made six appearances for the League One club.