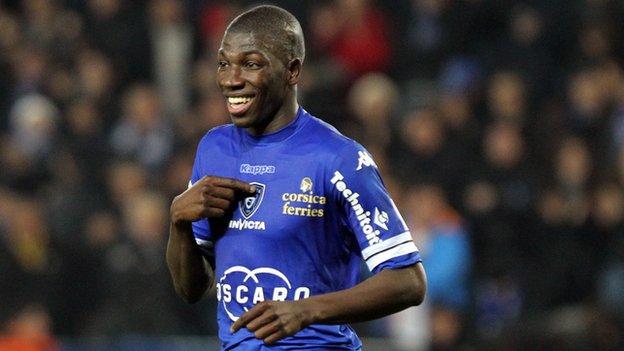 Mauritania beat Mauritius 1-0 on Saturday night in the first leg of a preliminary round qualifier for the 2015 Africa Cup of Nations.

Mauritania's SC Bastia midfielder, Adama Ba (pictured) scored the only goal midway through the first half.

The match, held in Nouakchott, threw together two teams just two places apart in the Fifa rankings for African sides.

The second leg will be played in Mauritius on Sunday 20 April.

Hosts Mauritania made the most of home advantage and included a number of young players in their side including the England-based left-back Ahmed Ahmedou.

Mauritius, who sit the lower of the two in the world rankings in 45th place, played Saturday's game without two key players.

Midfielder Kevin Bru was not released by his Bulgarian club Levski Sofia because of their major championship matches and fellow midfielder Fabrice Pithia opted to play for the Reunion Island team Jeanne d'Arc.

The winners of the second leg will make it through to the second round of qualifiers.

South Sudan received a walkover into the next phase after their opponents Eritrea withdrew.

The draw for the second qualifying round will be made in Cairo on Sunday 27 April.