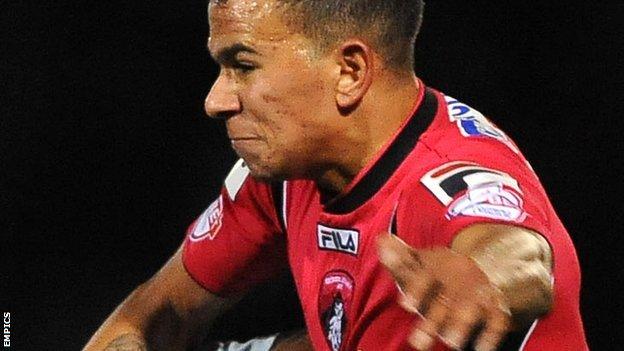 The right-back's cross looped off defender Tom Eastman to put the Latics ahead on the stroke of half-time.

Dominic Vose curled wide and Ibehre's drive deflected off target as the hosts' second-half luck was also out.

Colchester are now only two points clear of the bottom four with three games left to play, while Oldham move up to 16th, six points ahead of Carlisle in 21st.

"It's a big, big win make no mistake. It wasn't pretty, it wasn't sexy football, if you like, but it was vital.

"I thought it was a bit sloppy at times, if I'm being really ultra-critical and honest.