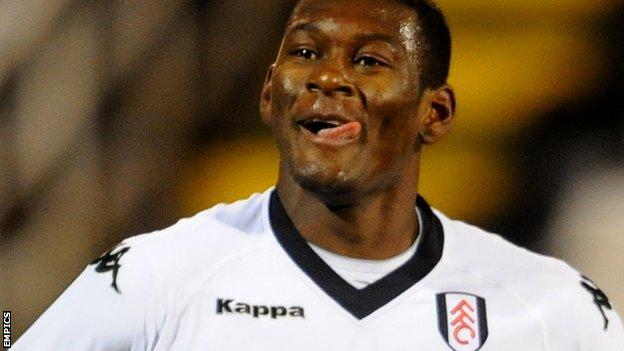 Keeper Matt Ingram fumbled a hopeful Ricky Ravenhill shot into his own goal to hand Northampton an early lead.

But Brentford loanee Pierre nodded Matt Bloomfield's free-kick into the top corner to level before the break.

Wycombe's Dean Morgan headed against the bar in the second half and then saw his stoppage time tap-in ruled offside.

It was Northampton who started the brightest and, after Ingram's error put them in control, Connell volleyed inches over soon after.

Former Fulham youngster Pierre's 18th-minute equaliser came at just the right time for the hosts and he almost put Wycombe in front when going close from another set-piece.

Matt McClure was also not far away in the lead up to the interval, but saw his header drop just wide of the upright.

It remained a game of few chances in the second half, with the importance of the game seemingly affecting both sets of players.

McClure's shot was saved at the second attempt by Matt Duke, while Northampton's Zander Diamond headed too high.

Deep into stoppage time, substitute Max Kretzschmar's free-kick was tipped onto the bar by Duke and though Morgan netted from the rebound, his celebrations were cut short by an assistant referee's offside flag.

Both sides remain in trouble at the bottom of the League Two table on 47 points with just three games left.

Northampton stay 23rd because of their inferior goal difference, while Wycombe move up one place to 21st, above Bristol Rovers, who visit Portsmouth on Saturday, on goals scored.