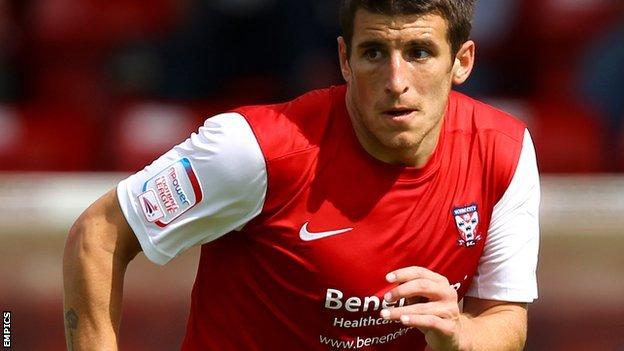 York stretched their unbeaten run to 14 games by narrowly beating Oxford to move back into the play-off places.

Michael Coulson blasted the only goal high to Ryan Clarke's right from the penalty spot after Dave Kitson handled.

York are now two points clear of their opponents in the final play-off place, with Oxford dropping to eighth.

"It was a big game and a fantastic three points.

"It was a hard fought game; Oxford are a good side.

"They started off very brightly in the first half, we withstood the early pressure and then we came into the game and we managed the game very very well.

"There were chances there for us to go and make it more but the important thing was again to keep a clean sheet and we've done that."