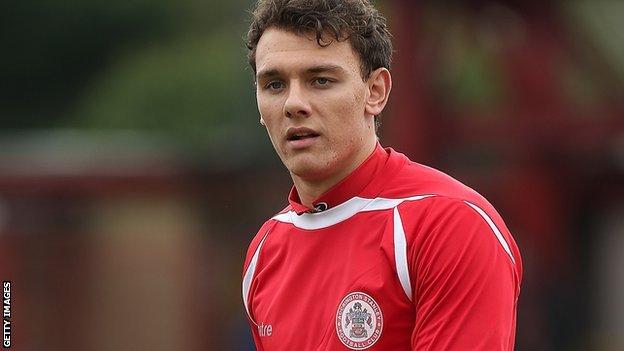 Accrington's Kal Naismith denied Mansfield a fifth straight victory and all but ended their play-off hopes with a stoppage-time penalty leveller.

Naismith scored twice as Stanley fought back from 2-1 down to record a last-gasp 3-2 win at the Stags in December.

And he made no mistake from the spot this time, finding the right corner after Martin Riley fouled James Gray.

Substitute Jake Speight had put the visitors in front with a right-footed shot from inside the box.

Accrington are four points clear of the League Two relegation zone, while Mansfield have slipped to 12th and seven points off the play-off places.

"I'm delighted with the result in the end. It just epitomises what the players are all about, the team spirit they've created and their fitness levels as well.

"The lads never lie down and they never know when they're beaten. It's a great characteristic to have."