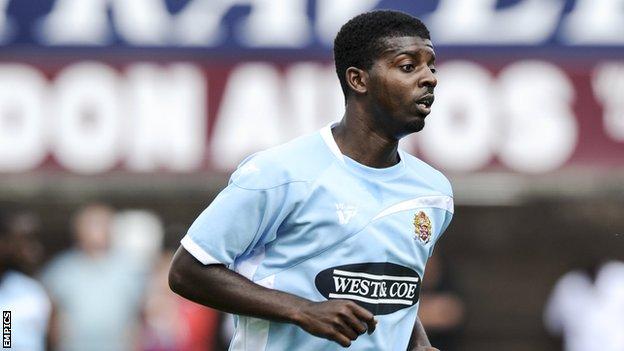 Torquay's hopes of remaining in the Football League took a huge blow after a defeat by Dagenham and Redbridge.

Gulls defender Krystian Pearce put the ball in his own net in the first half, but it was quickly ruled out for a push by Luke Howell in the area.

Daggers took the lead on 65 minutes through a Medy Elito penalty, after Dale Tonge fouled him in the box.

Torquay go to Exeter on Monday knowing that anything other than a win will see them relegated from League Two.